Saturday, April 6 is going to be a big day!  The FCCLA 3rd Annual Piedmont 5K Run/Walk  and 1 Mile Kids Fun Run is scheduled for at 9:00 am, beginning at the Clearwater Elementary School.  Click here for the registration form:  5K Registration Form 2013 The Black River League Art Show will be held on the same date at 12:00 – 2:00 pm in the high school cafeteria.  Artwork will spill over into the library, where the Book Fair will also be open.   A golf tournament to raise funds for Project Graduation  will be held in Piedmont that day and finally, CHS will be the host of the  5th/6th Grade Black River League Basketball Tournament.   Come on out to Piedmont and enjoy the day on April 6, 2013.  There’s something for everyone!

The Book Fair at the CHS Library is BUY ONE GET ONE FREE now through Friday, April 12.  Saturday hours on April 6 will follow the 5K run.  We will open at approximately 10:30 am – 4:00 pm.  Check out our book fair homepage by clicking on the above icon or follow this link:  http://bookfairs.scholastic.com/homepage/clearwaterhighschool 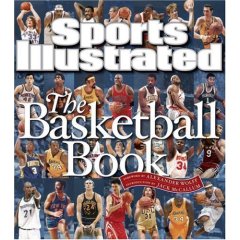 The Clearwater High School Library is hosting the annual “Lunch in the Library” today at 12:00.  Students and teachers are both welcome.  We will be looking at some NEW BOOK ARRIVALS and talking about our favorite books of the year!

Congratulations to  CHS students who took third place in Senior Group Exhibits at District History Day held at Southeast Missouri State University.  Their exhibit, “I Heard it through the Grape Vine,” qualifies them for state competition held in Columbia on Saturday, April 20.

History instructor Jessica Sentell took 48 students to Cape to compete in the March 15 event.  KFVS Television was on site at the University Center and interviewed one of our Clearwater students!   To see the interview go to:   http://www.kfvs12.com/story/21657391/winners-announced-in-history-day-regional-contest-in-cape-girardeau
Mrs. Bangert’s photos of History Day are available at http://replayit.com

Congratulations to Darrian who took 2nd place in the Missouri Beta banner competition!  Over 30 CHS Beta members attended the state convention held in Branson over the weekend.  Darrian’s banner was designed with the 2013 theme “Heart of Beta.”  Her second place win qualifies her to compete at the National Beta convention in Mobile, Alabama in June.

In recent years, Clearwater High School has performed well in the banner competition, having the national first place banner in 2011 and a 5th place win at nationals in 2010.  (Both of these banners were created by Rowdy Moss.)

The CHS Library has just received 37 FREE eBooks!  Click on the MackinVIA icon to view books and register to start reading on your device.

UserID:  clearwater
Password:  tigers
(It is not necessary to type in your school.)

The library also now has two ereaders (Nooks) that are available for a one week loan period.  To be able to take one home, students and parents must fill out an acceptable use policy.  (Be sure to sign both pages.)  CHS Library eReader Acceptable Use Policy